Back to main NCCO site 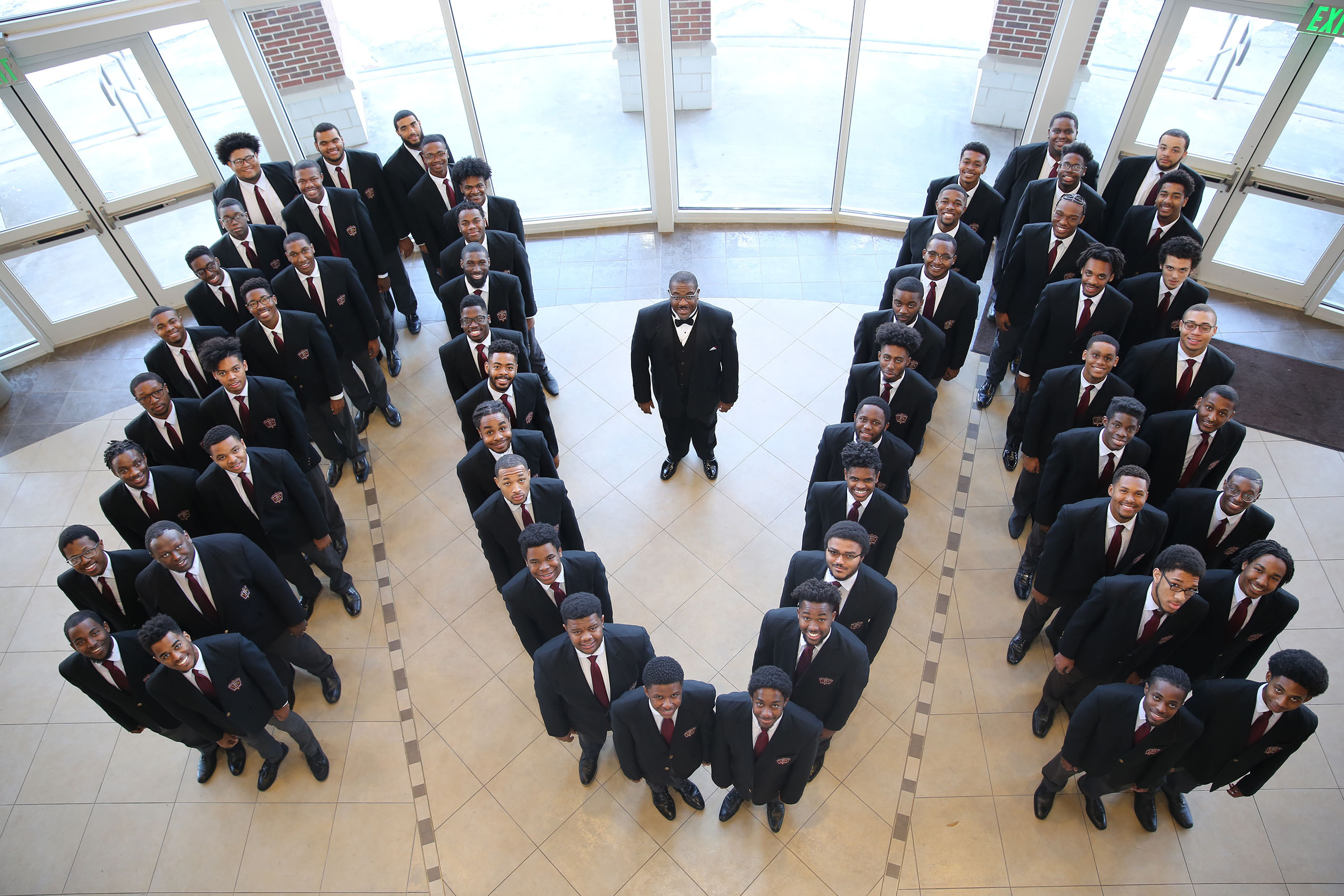 The Morehouse College Glee Club is the premier singing organization of Morehouse College, traveling all over the country and the world, demonstrating excellence not only in choral performance but also in discipline, dedication, and brotherhood. Through its tradition the Glee Club has an impressive history and seeks to secure its future through even greater accomplishments, continuing in this tradition through the dedication and commitment of its members and the leadership that its directors have provided throughout the years. It is the mission of the Morehouse College Glee Club to maintain a high standard of musical excellence.

In 1911, Morehouse College, then under the name of Atlanta Baptist College, had a music professor named Georgia Starr. She served the College from 1903-1905 and again from 1908-1911. Mr. Kemper Harreld, who officially founded the Morehouse College Glee Club, assumed leadership when he joined the College’s music faculty in the fall of 1911. Mr. Harreld became both, Chair of the Music Department and Director of the Glee Club. After faithfully serving for forty-two years, he retired in 1953. Mr. Harreld was responsible for beginning the Glee Club’s strong legacy of excellence that has since been passed down to all members of the organization.

The Glee Club’s history continues in 1953 with the second director, Wendell Phillips Whalum, Sr., '52. Dr. Whalum was a prized student of Kemper Harreld. He served as Student Director during his tenure in the Glee Club. Dr. Whalum, was more commonly known as "Doc", and served Morehouse College and the Glee Club with the continued tradition of excellence through expanded repertoire and national and international exposure throughout his tenure at the College. Dr. Whalum took a sabbatical in 1961-1963 to finish doctoral studies during which Albert T. Perkins served as Interim Director. Dr. Whalum continued this fine legacy his passing in June, 1987.

In the fall semester of 1987, David E. Morrow, '80, assumed directorship of the Glee Club. David Morrow was a prized student of "Doc", just as "Doc" was of Mr. Kemper Harreld. He earned his Master's degree in 1981 and then returned to his alma mater, joined the music faculty, and served as Assistant Director of the Glee Club. During the 1992-1993 school year, Harding Epps, '74, served as interim Director, while Dr. Morrow finished doctoral studies. Dr. David Morrow continues to serve as the Director of the Morehouse College Glee Club which has gained world recognition through national and international tours.

On January 18, 1993, the Glee Club, as part of the Morehouse-Spelman Chorus, sang at Atlanta's Symphony Hall, with soprano Jessye Norman, in a concert celebrating the Martin Luther King, Jr. Holiday. The Glee Club also performed the National Anthem with Natalie Cole for Super Bowl XXVIII in 1994. The organization participated with Stevie Wonder, Gloria Estefan, and Trisha Yearwood in the Opening and Closing Ceremonies of the 1996 Centennial Olympic Games held in Atlanta, Georgia. In February 2002, the Glee Club performed for the Witness Concert with the Plymouth Music Series (now Vocal Essence), where the work, Of Dreams and Other Possibilities, written by Patrice Rushen was premiered. In 2004, the Glee Club performed with Take 6 at the Rialto Theater in Atlanta, Georgia. In 2008, the Glee Club recorded the spiritual, He’s Got the Whole World in His Hands, for Spike Lee’s movie, Miracle at St. Anna. Earlier that year, the organization performed with mezzo-soprano, Denyce Graves, for the inaugural concert for the 10th president of Morehouse College, Dr. Robert M. Franklin. In 2011, its Centennial year, the Glee Club performed commemorative concerts in Atlanta and New York’s Avery Fisher Hall, for events leading to the dedication of the King Monument on the National Mall in Washington, D.C. and recorded Zachary and the Scaly Bark Tree by Bill Lee for his son, Spike Lee’s movie, Red Hook Summer. In 2013, the Glee club performed at the 129th Commencement Exercises at Morehouse College, where President Barack Obama was given an honorary degree. In 2015, the Glee Club performed with Demetria McKinney at the “Portraits of John Lewis: Celebrating the 75th Birthday” festivities at the Tabernacle in Atlanta, Georgia, for the 83rd birthday celebration of Ambassador Andrew Young. and the Glee Club performed original works from musical composer, James Olivero, in a collection entitled, Songs from the World House. The Glee Club was featured on an American Family Insurance commercial with the famous recording artist Jennifer Hudson. The Glee Club recently performed concerts with the Tallahassee Symphony Orchestra and the Charlotte Symphony Orchestra featruing the work Seven Last Words of the Unarmed by Joel Thompson. The Glee Club has performed internationally on several different occasions: African Nations – Senegal, Ethiopia, Ghana, Uganda, and Nigeria (1972), Russia (1996), Poland (1998), Bermuda (2001), the Bahamas (2005), South Africa (2008) Canada and Puerto Rico (2011) Honduras (2018) and Algeria (2019).

Since the Glee Club’s origin, excellence through brotherhood, dedication and commitment and unselfish labors of love has continued in musical performance and in whatever the organization does. The current members come from all over the United States and even from other countries around the world. The Glee Club members all have different interests, which adds to the diversity of the organization. While some are music majors, members are in all academic divisions at the college. Even though some members take Glee Club as a course for credit, all members still sing as a labor of love and enjoy being ambassadors for Morehouse College. 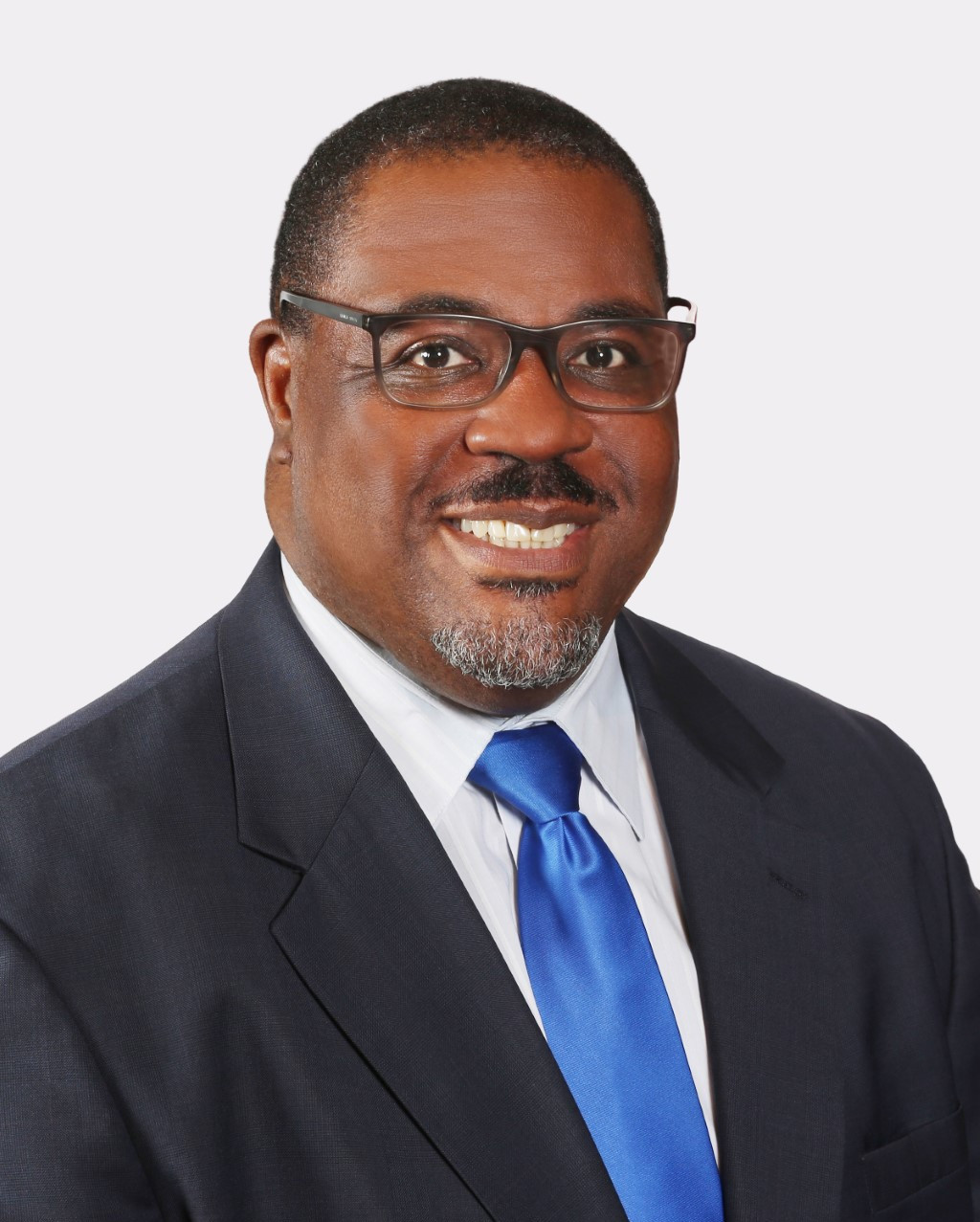 David Morrow is a native of Rochester, New York. He earned the Bachelor of Arts degree from Morehouse College in 1980. While at Morehouse, he became a member of Phi Beta Kappa, was awarded the Kemper Harreld Award for Excellence in Music, received departmental honors, and graduated Valedictorian of his class. He received the Master of Music degree from the University of Michigan in 1981 and was elected to Pi Kappa Lambda. He received the Doctor of Musical Arts degree from the University of Cincinnati College Conservatory of Music in 1995. He has studied conducting with Wendell Whalum, Thomas Hilbish, Elmer Thomas, John Leman, Earl Rivers, Elizabeth Green, Teri Murai, Fiora Contino and Donald Neuen.

Dr. Morrow has been a member of the Music faculty at Morehouse College since 1981. In 1987, he succeeded Dr. Wendell P. Whalum as Director of the Glee Club. In 2013, Dr. Morrow celebrated the 25th anniversary of his directorship of the Glee Club. Alumni and current students honored him singing Psalm 15; a piece composed for the occasion by alumnus Carlos Simon, and also presented him with a silver, engraved baton for his dedication in leadership. He is also Director of the Wendell P. Whalum Community Chorus, Co-Director of the Morehouse-Spelman Chorus, and Artistic Director and Conductor of The Atlanta Singers.

In 2002, Dr. Morrow was guest conductor for Centro Ecuatoriano Norteamericano’s first Festival of Spirituals in Guayaquil, Ecuador, was the conductor of the 2009 “105 Voices” HBCU Concert Choir at the Kennedy Center and a recurring conductor on the masterworks series for the Colour of Music Festival in Charleston, South Carolina. In addition, he has conducted honors choruses across the country, lectured or conducted workshops in public schools, colleges and universities, including the Detroit Public Schools, University of Tennessee-Chattanooga, Cornell University, University of Cincinnati, Westminster Choir College and Rutgers University. His choral arrangements of spirituals and other African American folk music have been published by Alfred Music Publishers, Hal Leonard Music, and Oxford University Press, and GIA Music Publishers.